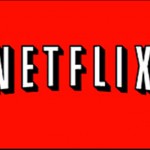 Just like everyone else, I get a lot of junk mail. Some of it I’ve signed up for years ago and some just shows up. I received an email from some company called ATLANTIC-ACM this morning. No idea who these guys are, so I went to unsubscribe from their list. I use Chrome and Firefox 4 most of the time and I saw this when I clicked their unsubscribe link from Chrome:

This is basically what it says:

Really?!?!? In this day in age you’re forcing someone to use a specific web browser? Especially for something as simple as an email unsubscribe form. This is just rediculous. If you’ve built something like this into your site, you should know better.

Per this link that I read via digg, it appears so. I’ve used del.icio.us for years ever since Kyle turned me on to it. I don’t bookmark as many sites or pages as I should, but its always nice to know that something I’ve looked up in the past might be saved off on my del.icio.us account for retrieval. For instance, that’s my go to place to find a page I book marked to remind me how to backup/restore MySQL databases. Its not a thing I do every day or even every few months. Maybe once a year.

For a complete list of del.icio.us alternatives, you can check out this site. Some are better than others. Some are paid solutions, some are not. I will miss del.icio.us though. Sorry to see it go.