A few weeks back my wife went to her work holiday party for a couple hours while I stayed home watching the baby. Great bonding time with my daughter! Anyway, she came home a few hours later with some bad news. She’d dropped her iPhone into a toilet (I’m famously telling people she tried to make it swim…which we all know that iPhone’s, indeed, can’t swim). Ruh roh!

She’d picked up some rice on the way home to dry it out, but unfortunately she’d already tried to power it on after she had picked it up out of the water. Regardless, we dried it off some more and put it into the bag of rice for the next 24 hours. Oddly, the LED flash started flashing while in the bag of rice which lead me to believe we were up the proverbial creek as far as getting it to work again. Electronics don’t just do things like that on their own unless something is wrong. We still let it sit for a while before messing with it. 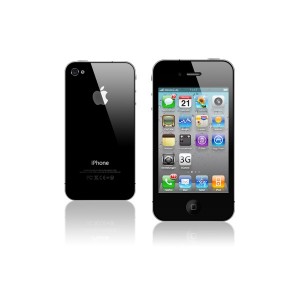 The next day, with the battery dead, I blew some compressed air into the port on the bottom of the phone, the speaker vents, and the ear piece vent. After that, I plugged it in to charge. Well, to my surprise after the initial charge took hold, I heard it chime. Weee! So I ran over to check it out and yes, it was on, but nothing showed on the screen. Doh! After a few resets and restores it was obvious that while the phone could receive calls and texts (and make them using Siri), the phone was broken. It turned out that the screen wasn’t 100% dead as you could make out some icons and settings pages if you were in the right light.

Yesterday I decided to take it in to our local Apple store to see what they could do for us (after making my Genius Bar appointment of course). I had read online that they would replace it for a $199 “repair” fee even if you didn’t have AppleCare+. I explained our story to the Apple Genius telling him exactly what had happened to the phone. I didn’t try and B.S. him or anything. Just flat out told him the truth. He said, well, I can take it out back, pull it apart and see what might be wrong with it. Having nothing to lose, I said sure. After about 5-10 minutes he came back and, after a long pause, said “Well, today is your wife’s lucky day.” I was floored, we were going to get it fixed! But it got better. He said that only one of the moisture sensors had been activated and there was no sign of water damage in the phone other than that. Since there was no sign of real water damage, they were going to swap the phone out. FOR FREE!. I couldn’t believe it. He returned to the back of the store to prepare some paperwork regarding the phone replacement. When he came back again he handed me a new phone out of a nondescript black box (not one of the retail boxes), made sure it worked, and sent me on my way.

Obviously we got a little lucky with the phone and the water damage, but the best part of the whole experience was it was 100% hassle free. I didn’t have to argue with the guy. I didn’t have to plead my case about not having the funds to buy a new one or pay the $199 “repair” fee (which probably would have done had it come to that). A lot of people complain about Apple, their products, or even their service but I’ve had nothing but awesome experiences with them. They stand by their customers and their products.