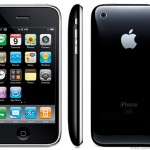 Recently I had started to notice that the Settings app on my iPhone 3GS was really slow to load. It was probably taking 2-3 seconds to load up. This was a pain especially when I wanted to adjust the brightness on my iPhone so I could use it as a flashlight. Silly I know, but its damn useful in a pinch. Anyway, I started to think that the issue was how many applications I had installed on my phone and also how many of them installed a settings widget on the phone as well. Flipping through the 6 or 7 pages of apps I had installed on my phone I decided that half of them I never used or had only used once or twice to play around with them. So I removed a bunch of them. Turns out, I was right. More times than not, the Settings app loads right up with very little waiting at all. I know that 2-3 seconds isn’t really that long, but when you’re impatient, it can seem like forever.